IS THE ONLY SCULPTURE OF LEONARDO IN BUDAPEST, OR NOT

After three years of reconstruction, the Museum of Fine Arts in Budapest reopens with a temporary exhibition dedicated to a small, barely 24-centimetre-tall bronze statuette of a rearing horse and its rider, whose origins remain a puzzle.

Is it by Leonardo or not? – for a century, this question have been intriguing the curators of the Museum of Fine Arts who would like to clear up the mystery around the small bronze acquired by the museum in 1914 from the collection of the Hungarian sculptor István Ferenczy.

The answer has kept changing. One time, the statuette, labelled as a work by Leonardo, was a highlight of the permanent exhibition, the other time it found itself hidden from the eyes in one of the shady corridors of the enormous building, since doubt had arisen that it was produced centuries after Leonardo’s time. Just a few months ago, the Museum of Fine Arts published a book of essays, edited by Zoltán Kárpáti, curator of the exhibition and author of the introductory chapter, that presents the current state of research. Despite intensive study, there is still much uncertainty around the Budapest Horse and Rider. The reason for this is simple.

Both connoisseurship and the analysis of the results of technical examinations are based on comparison. In this case, however, we have nothing to compare with Budapest small bronze, since no sculpture securely attributable to Leonardo has come down to us. Therefore, although we know with high precision the metallic composition of the bronze alloy of the Budapest Horse and Rider, it is impossible to decide if it is the same as used by Leonardo. Nevertheless, the technical examinations are of considerable importance, since they have so far produced no results that would exclude the statuette’s attribution to Leonardo.

The whole article is available only in Hungarian. 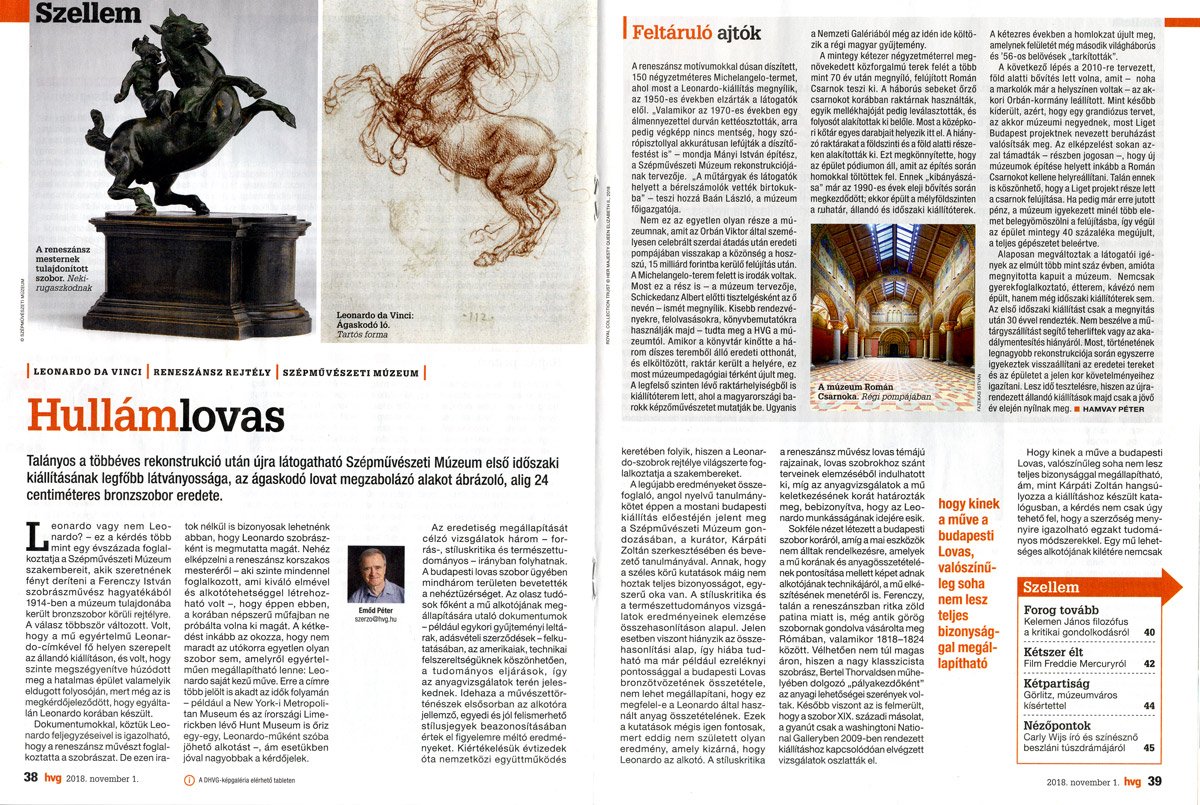 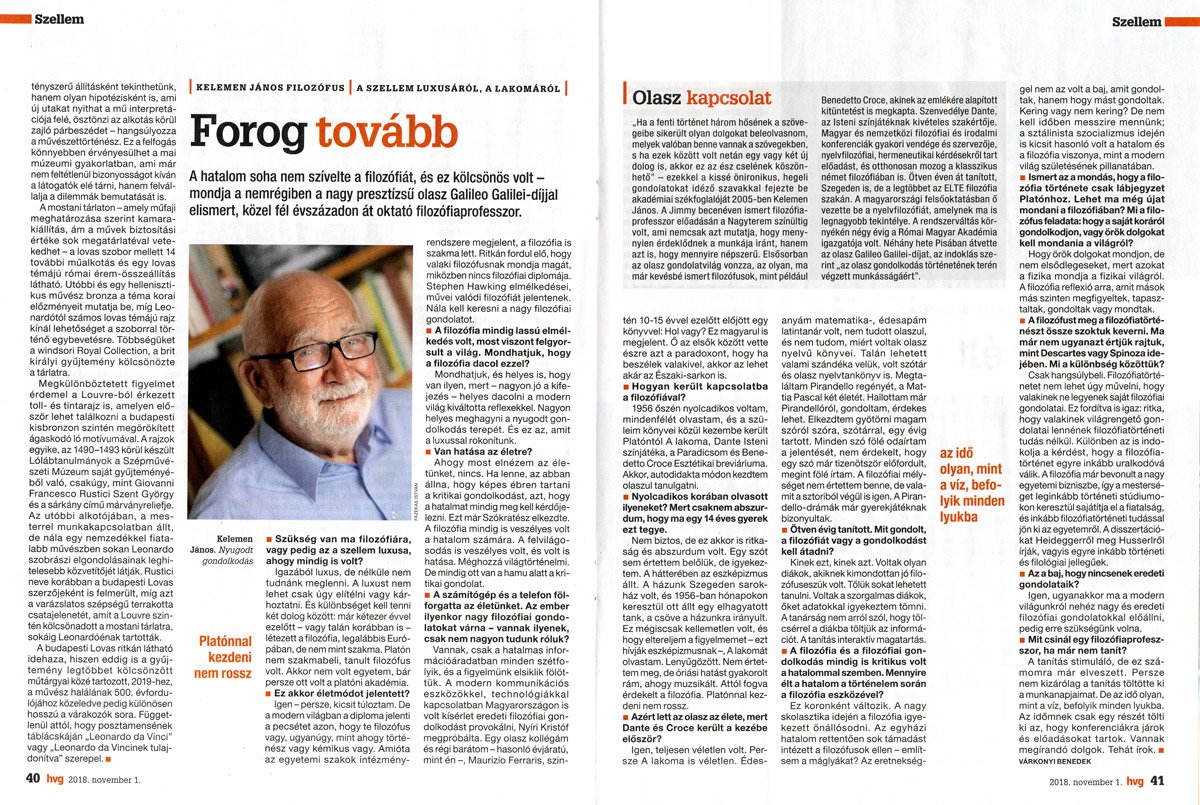