The Opening of the Leonardo Exhibition

After the opening ceremony of the recently reconstructed Museum building, today afternoon the Leonardo exhibition was opened by Martin Clayton, Head of Prints and Drawings at Royal Collection Trust, Guglielmo Picchi, Secretary of State for Foreign Affairs, Italy, and Dr László Baán, General Director of the Museum of Fine Arts, Budapest.

The opening speech of Martin Clayton:

These drawings have been together, as a group, since Leonardo’s death, and they passed through very few hands before arriving in the Royal Collection in the seventeenth century. Leonardo bequeathed the drawings to his favourite pupil, Francesco Melzi. Melzi’s son passed them to the sculptor Pompeo Leoni, who bound them into a single album. After Leoni’s death in Madrid in 1608, the album found its way to England, where it entered the great collection of the Earl of Arundel. It was most probably Arundel’s grandson, Henry Howard, who gave the drawings to King Charles II, in thanks for the restoration of the Howard fortunes after the English Civil War. Leonardo’s drawings have, therefore, been in the British Royal Collection for more than three hundred years; and this simple and short history explains why the drawings are in such good condition.

For the first two hundred years in the Royal Collection, very few people had access to the drawings, and even their existence was almost unknown. But in the late nineteenth century, their fortune changed. They were removed from Pompeo Leoni’s album, and exhibited for the first time; an anthology of Leonardo’s writings was published, and Leonardo’s drawings began to be reproduced in facsimile. During the twentieth century, the work of many scholars replaced the old mythology about Leonardo, with a scientific and historical understanding of his work. And from the 1970s onwards, exhibitions of Leonardo’s drawings from Windsor have been shown around the world, allowing millions of people to engage directly with his work.

One of those exhibitions was a small show of Leonardo’s drawings of horses, which demonstrated the importance of the horse to Leonardo’s art. The horse played a central role in two of his three greatest paintings, the Adoration of the Magi and the Battle of Anghiari, and in three sculptural monuments. The fact that only one of these projects, the Adoration, survives today, emphasises the vital role played by Leonardo’s preparatory drawings in communicating his vision to us. The status of the Budapest horse is a tantalising problem, and it is perhaps Leonardo’s late drawings, almost all in the Royal Collection, that can best shed light on the attribution of that work.

This is one of the first of the many exhibitions to mark the 500th anniversary of Leonardo’s death. This autumn, The Queen is lending drawings by Leonardo to Munich, Milan and Haarlem; next year, to Florence, Venice, Bologna, and Milan again, to Paris, Chantilly and Oxford, and to twelve simultaneous museums across the United Kingdom. Most significantly, next summer we will hold an exhibition of 200 of Leonardo’s drawings at the Queen’s Gallery at Buckingham Palace, covering all of Leonardo’s activities, and I hope that some of you might be able to travel to London to see that exhibition.

On behalf of Her Majesty, I would like to thank Zoltan Karpati and all his colleagues here at the Szépművészeti Múzeum. It has been their vision, persistence and hard work that have made the loan from the Royal Collection possible. In the spirit of European cooperation, I am delighted to see these Italian drawings, that passed through France and Spain before arriving in England, looking so splendid here in Hungary. 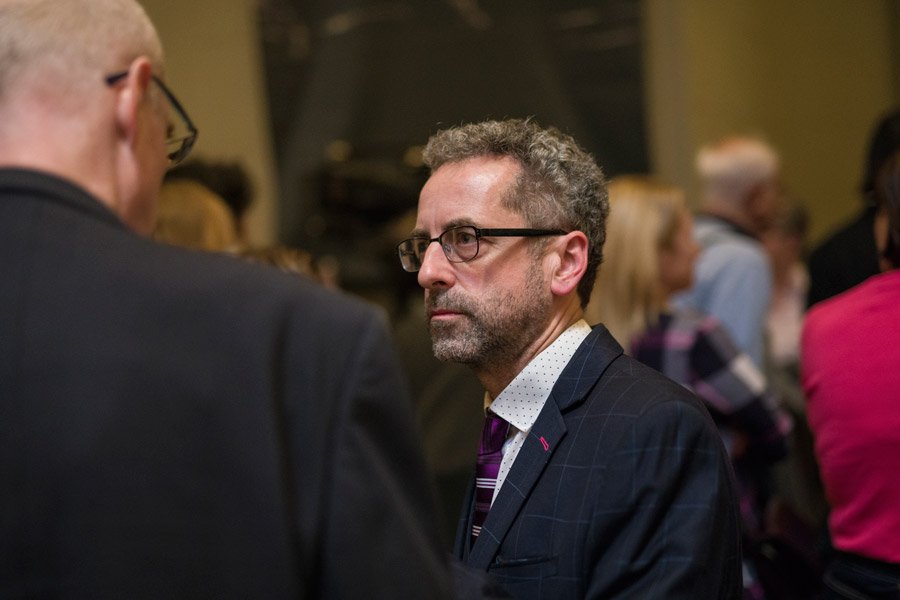 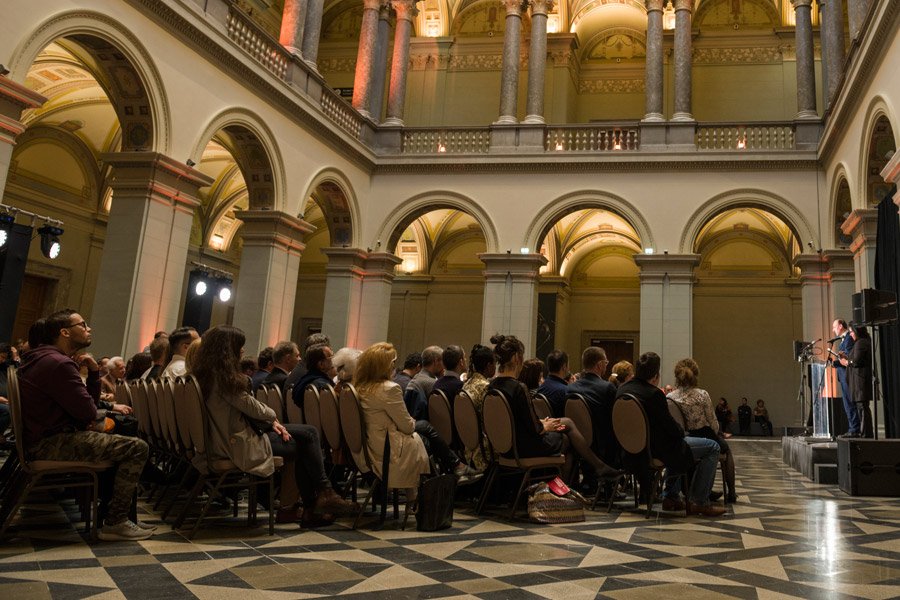 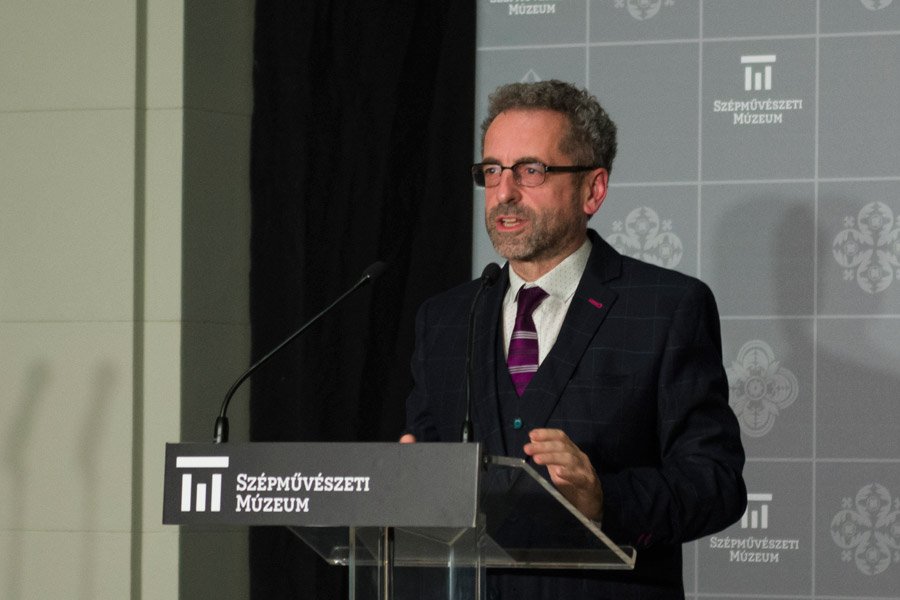 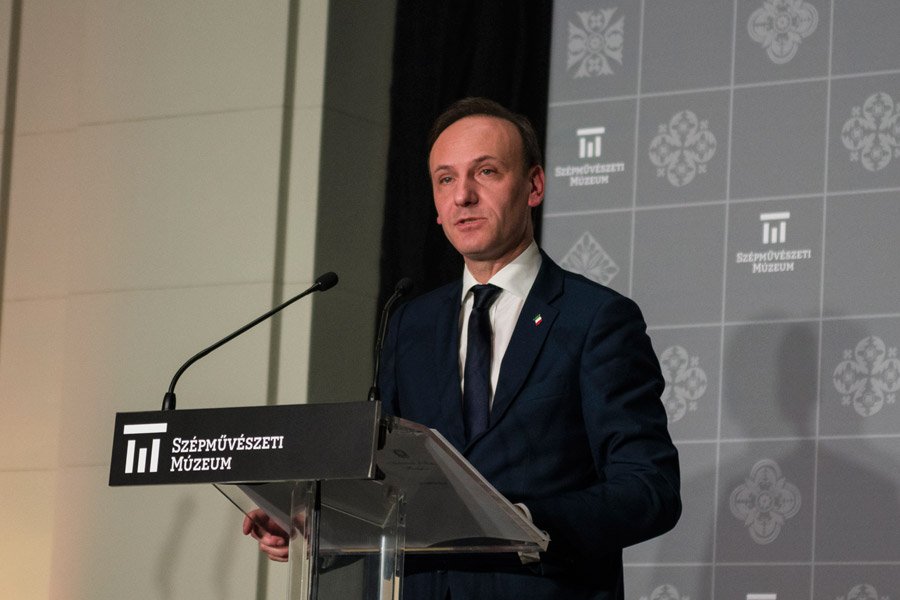 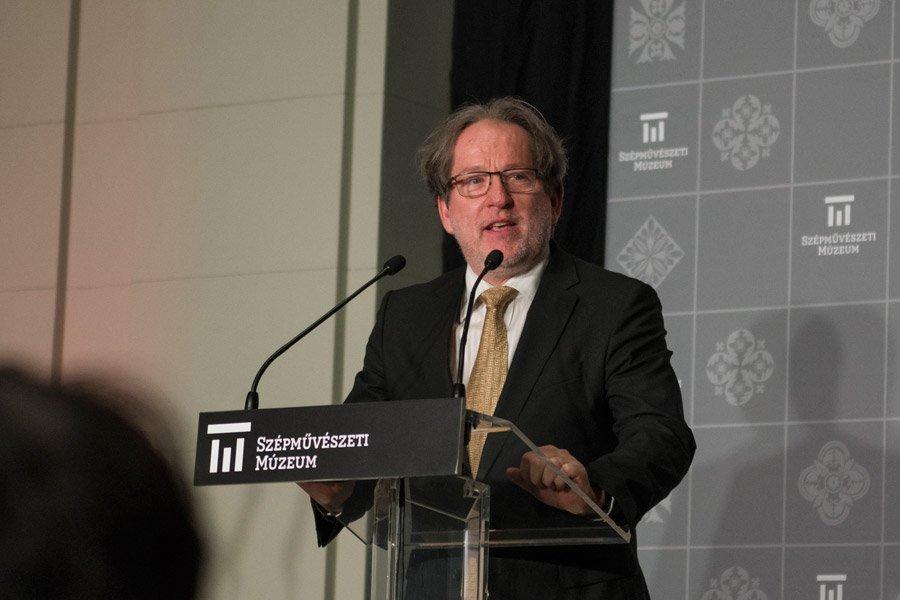 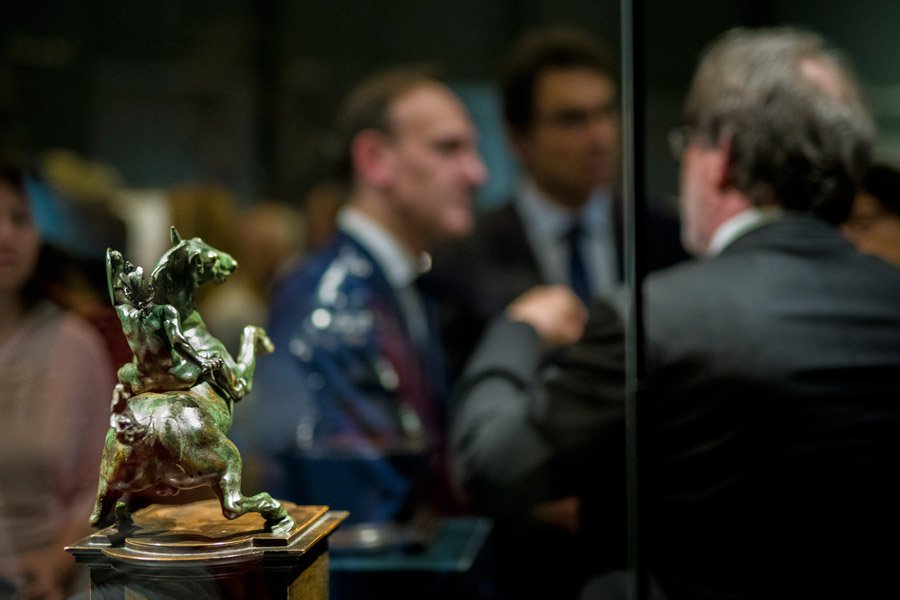