As opposed to many short-lived attributions of sculptural works to Leonardo da Vinci, the magnificent small bronze representing the vigorous group of a horse and rider has been attracting art historians for a century. Although the attribution of any sculpture to Leonardo is difficult to sustain without any secure points of comparison, the question of the Budapest Horse and Rider’s authorship has aroused a lively discussion: was the small bronze only inspired by Leonardo’s ideas or could it be by the master’s own hand?

In the late autumn of 2018, the Museum of Fine Arts, Budapest is bringing the small bronze together with a small yet astonishing group of international loans to create a once-in-a-lifetime show. The tightly focused exhibition will be devoted to the Budapest Horse and Rider with ten drawings by Leonardo himself and some sculptural works by his contemporaries influenced by the master’s ideas representing almost four decades while Leonardo reutilized the motif of the rearing horse.

The accompanying book is laid out in the form of longer essays by international scholars who will cover the variety of point of views and the state of recent scholarship on some aspects of the problems the intriguing small bronze raises.

The Value of an Attribution: A Critical Introduction | Zoltán Kárpáti

A Problem of Style: Old and New Considerations on the Budapest Horse and Rider Associated with Leonardo da Vinci | Pietro C. Marani

Some Notes on Leonardo da Vinci as a Sculptor | Edoardo Villata

Leonardo and the Medici 1513–16: New Contexts for the Budapest Horse and the Turin Hercules | Gary M. Radke

The Budapest Horse and Its Rider: Between Antique Coin and Raphael Fresco | Philippe Sénéchal

Artistic Experiment as a Forgery: A New Attribution of the Metropolitan Museum’s Bronze Horse | Miriam Szőcs

Conjecture on the Origins and Findings on the Facture of the Budapest Horse | Alison Luchs, Katherine May, and Shelley Sturman

BUY IT IN THE SHOP 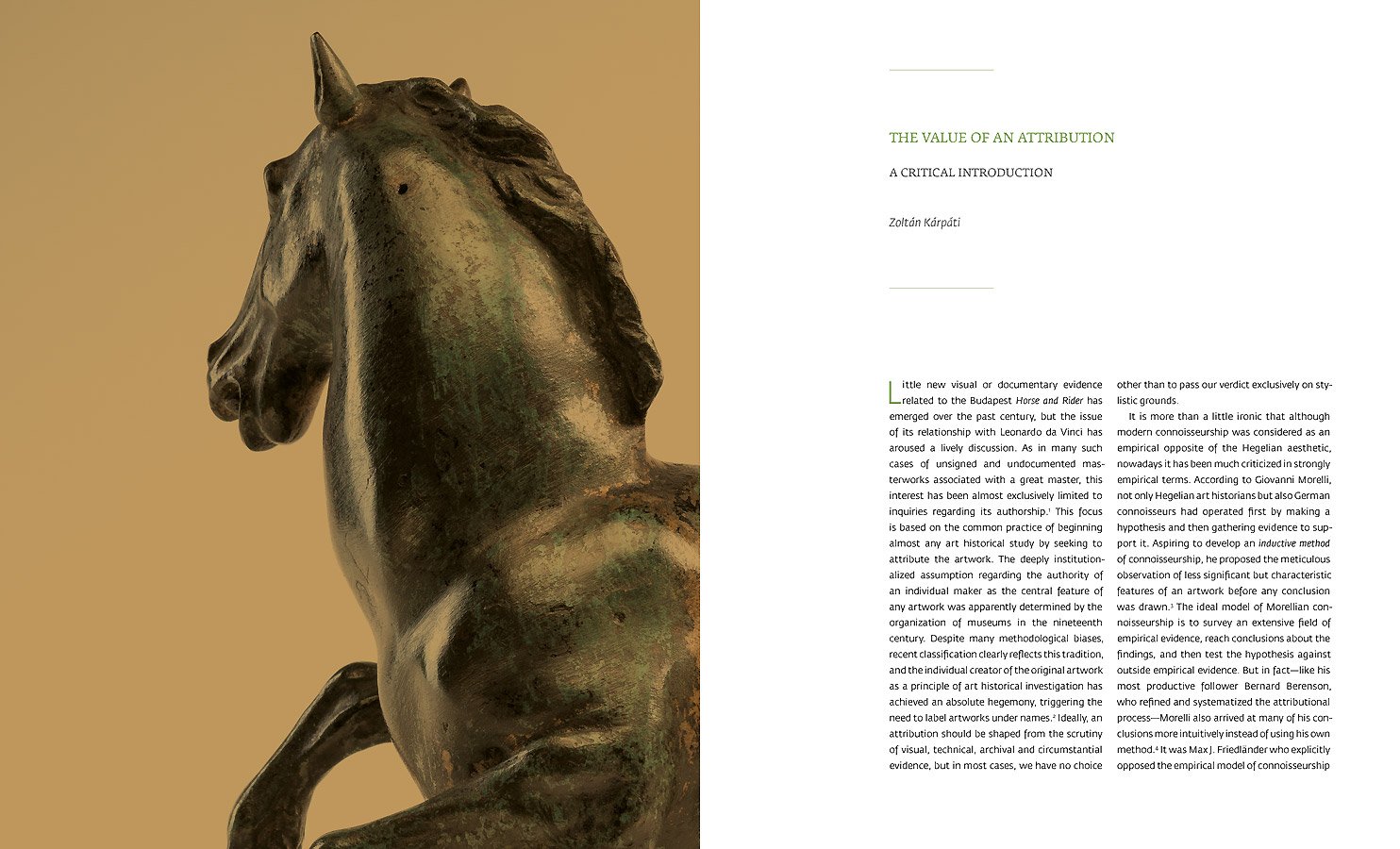 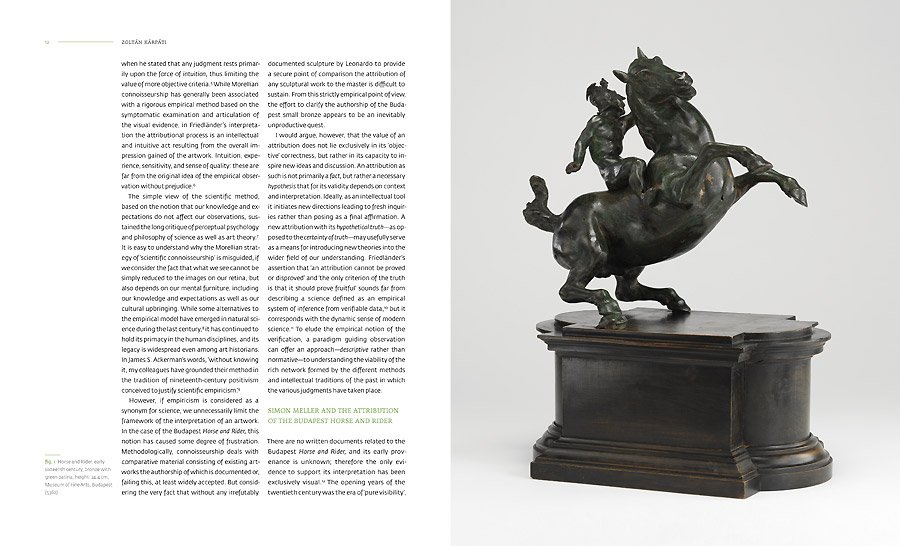 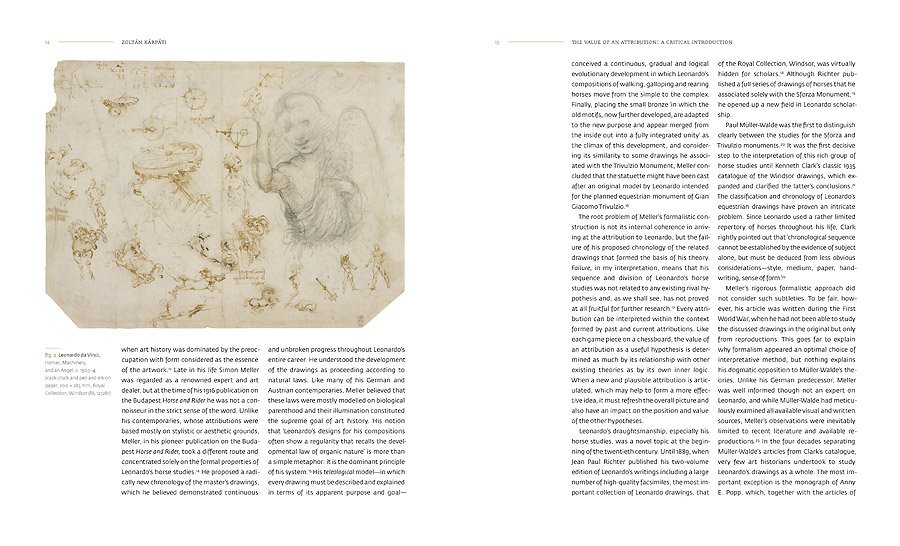 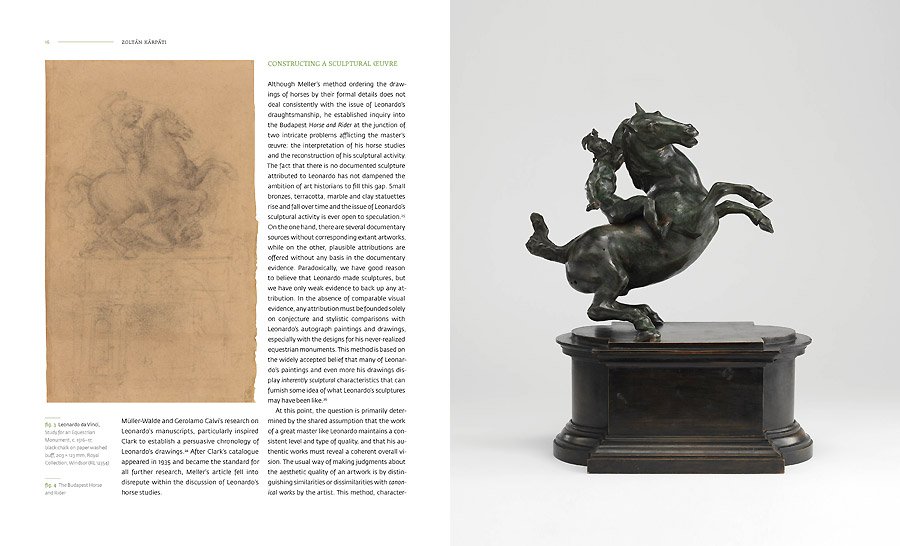